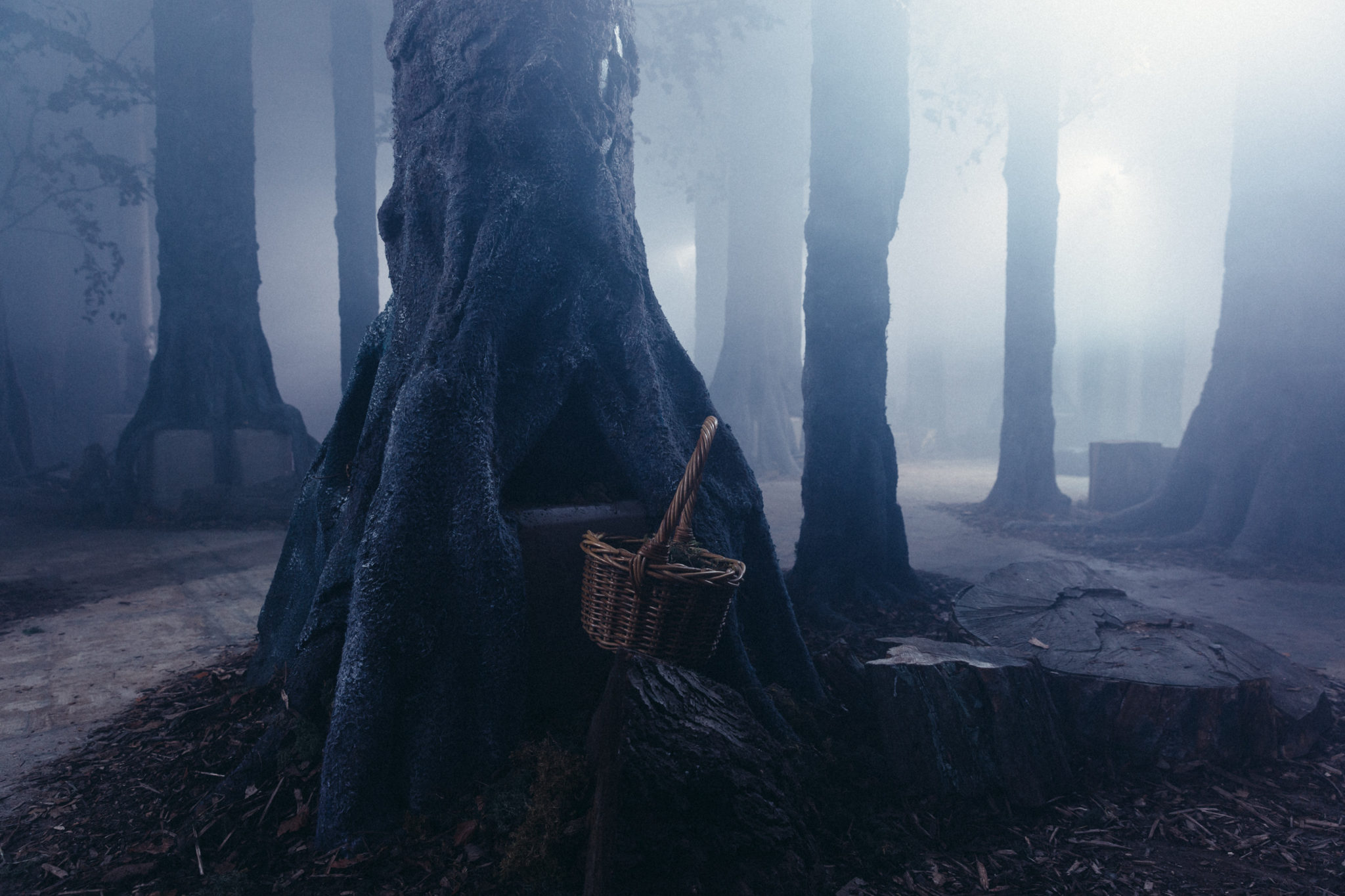 An immersive mysterious world of the forgotten, the surreal and the subconscious deep in the underbelly of Leeds’s iconic Town Hall 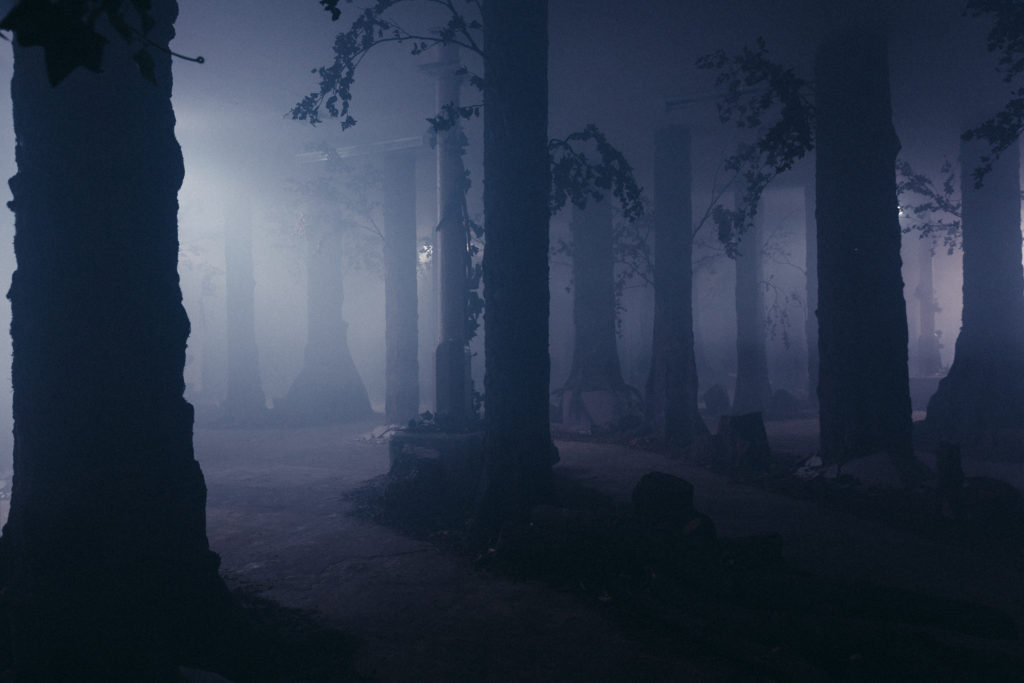 "What we call the beginning is often the end. And to make an end is to make a beginning. The end is where we start from… We shall not cease from exploration. And the end of all our exploring. Will be to arrive where we started. And know the place for the first time."

Through hidden doors and down darkened corridors. Beneath streets and beneath noses. Deep in the bowels of an old stone building, a secret world grows and a winter story waits to be told. The Wood Beneath the World was a pioneering, immersive experience created in Leeds Town Hall in Winter 2014, intended to ignite curiosity, encourage reflection, and move away from the more commercialised festive activities in the city. 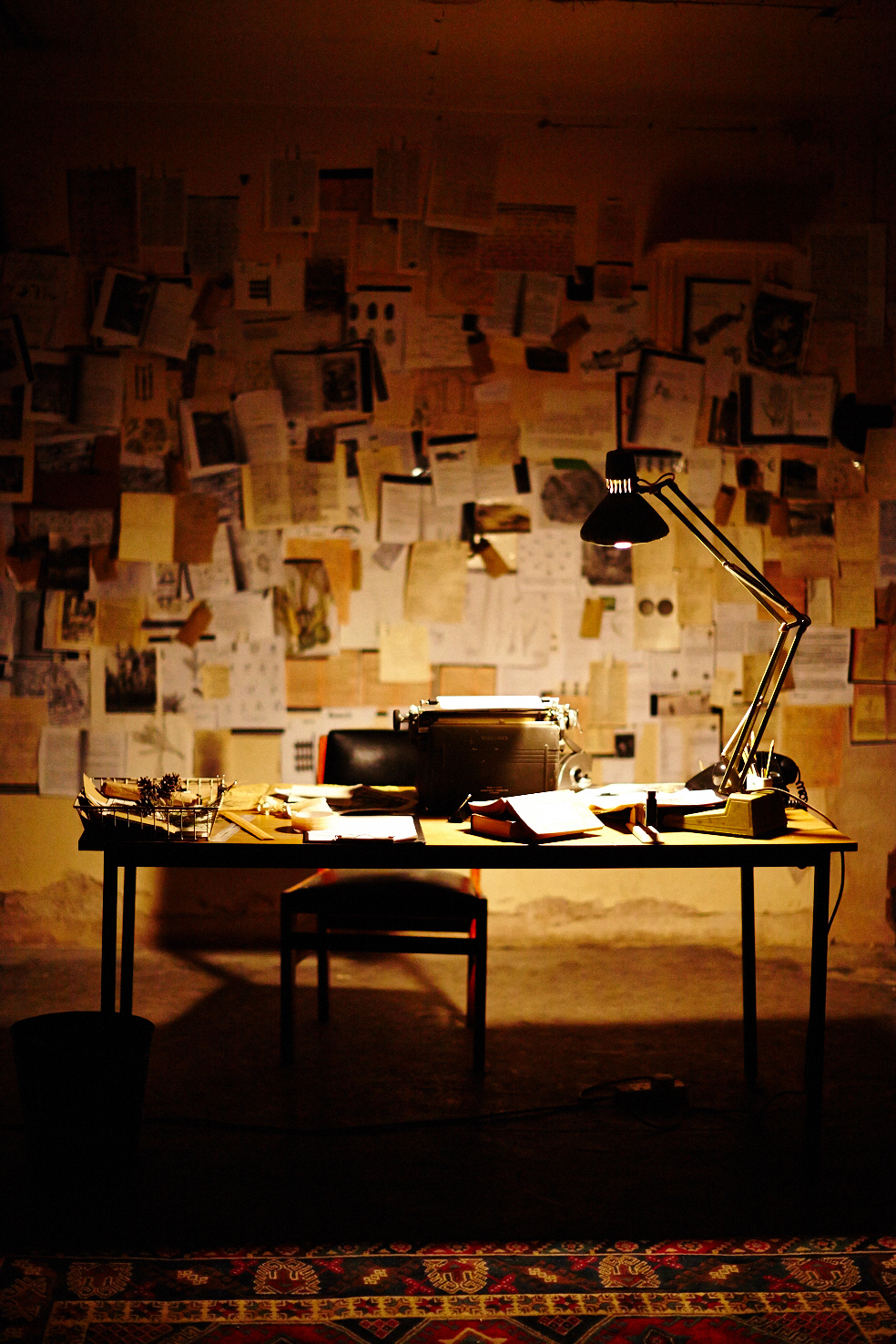 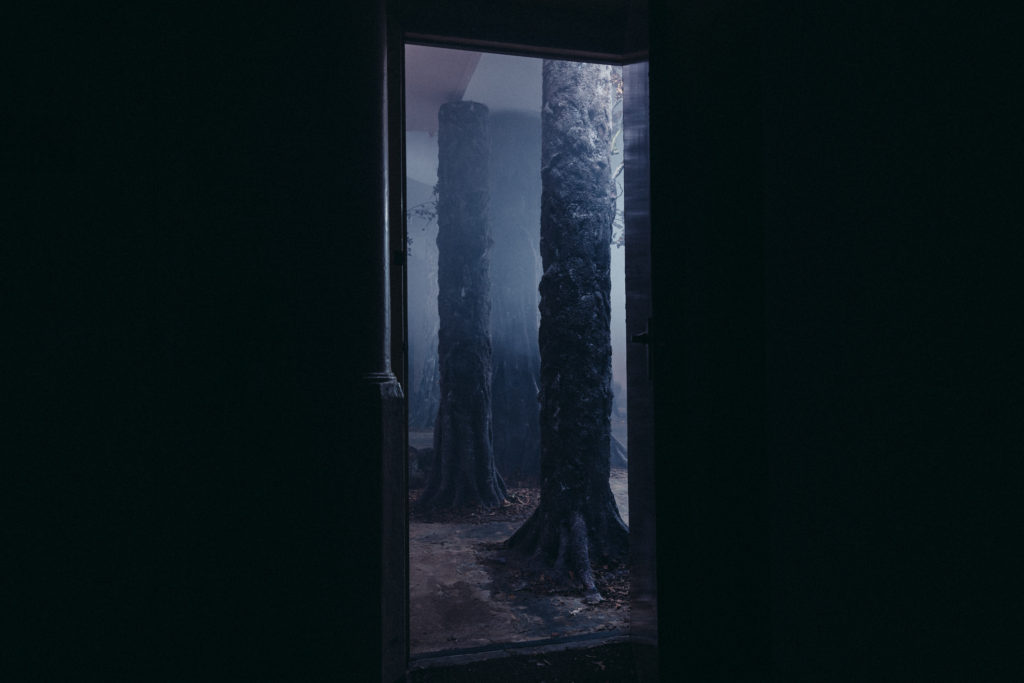 Working in collaboration with Leeds City Council, Lord Whitney developed The Wood Beneath the World as a site-specific piece for Leeds Town Hall. Combining visually stunning sets with immersive performance, sound and lighting Lord Whitney transformed the corridors, cells and crypts of one of Leeds’s most iconic buildings. Conceptualised, creatively directed, designed, built and produced by Lord Whitney’s dedicated team, over a sell-out 5 week run, the experience took audiences on an unexpected journey into a world of the forgotten, the surreal and the subconscious. 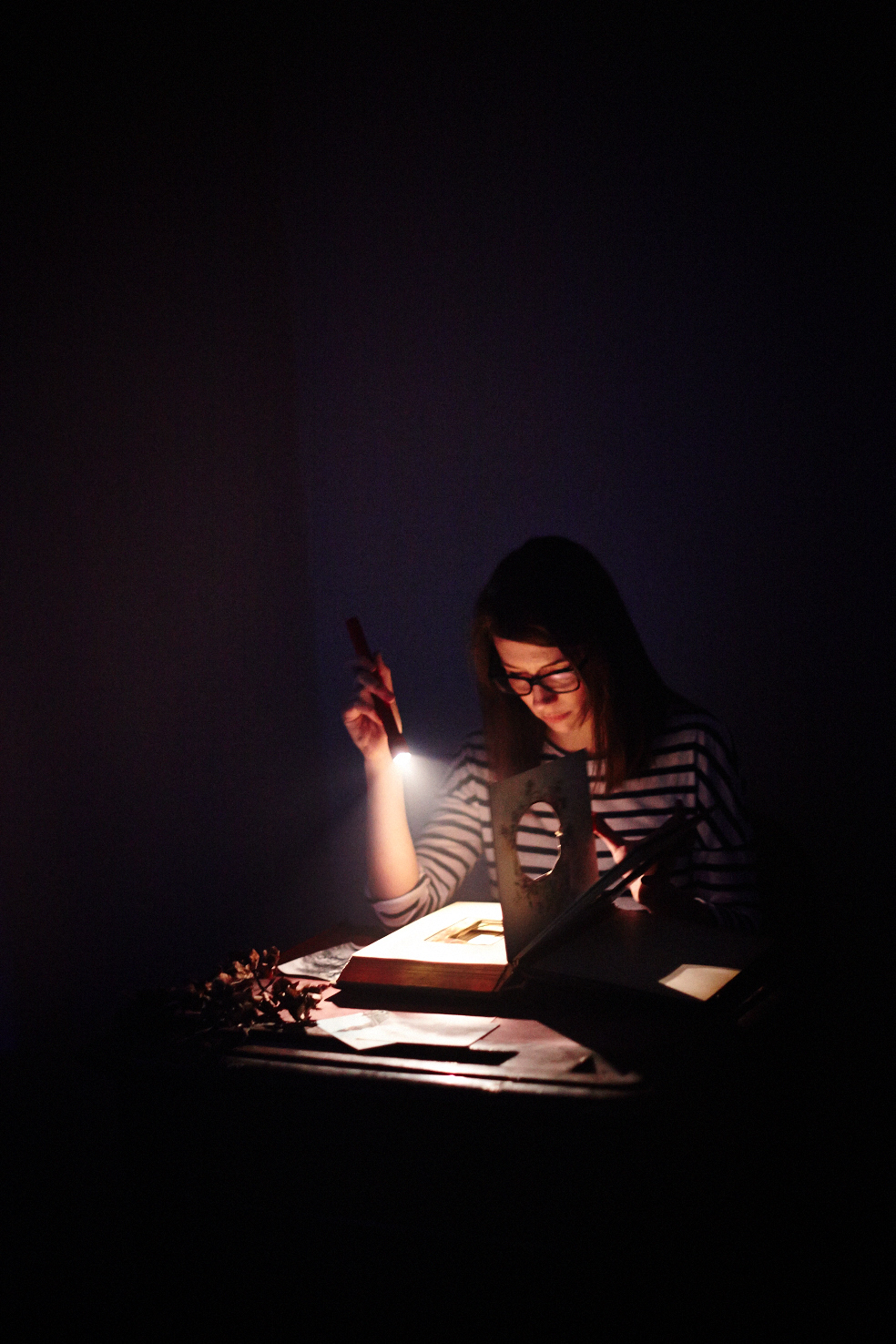 The Wood Beneath the World was a delightful trip into the dark and eerie underbelly of human imagination, and the primal things that roam in the wild and overgrown spaces of the world. There are places in the woods that are hidden from view, visible to only those who know where to look. Lord Whitney created a dense, dark woods that had silently taken over, as if growing beneath the city for decades and going unnoticed by those who walked above. Through these woods lay a story of suspense, excitement, intrigue and wonder which allowed audiences to explore, feast, and frolic. 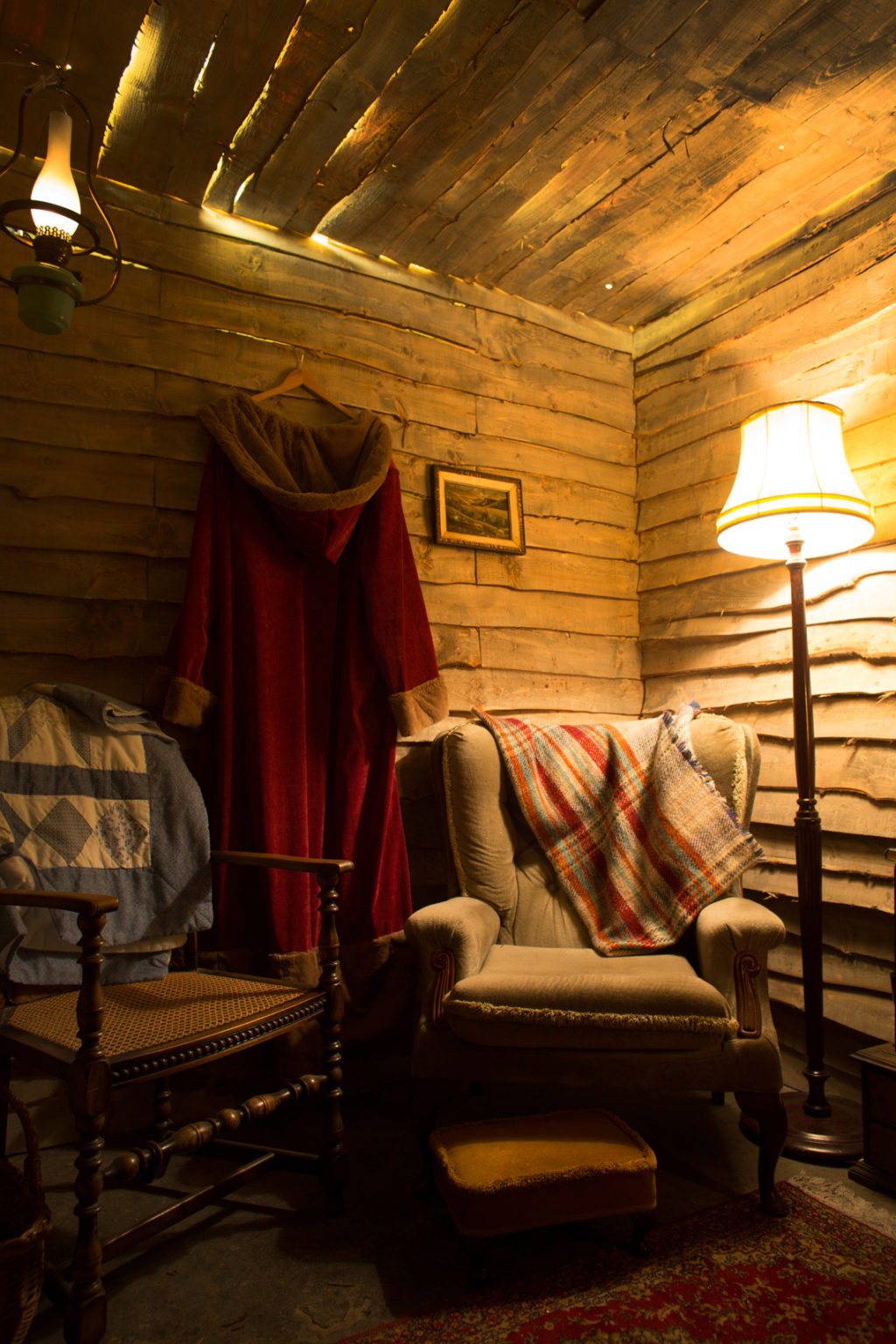 Lord Whitney created and realised the project alongside a carefully curated team of directors, writers, performers, musicians, technicians and designers. Working closely with researchers, psychologists and folklore experts allowed Lord Whitney to develop a world which saw the audience transported into an unexpected landscape. The experience of this momentary disorientation from reality, re-enchanted everyday surroundings, or at least briefly showed them anew. 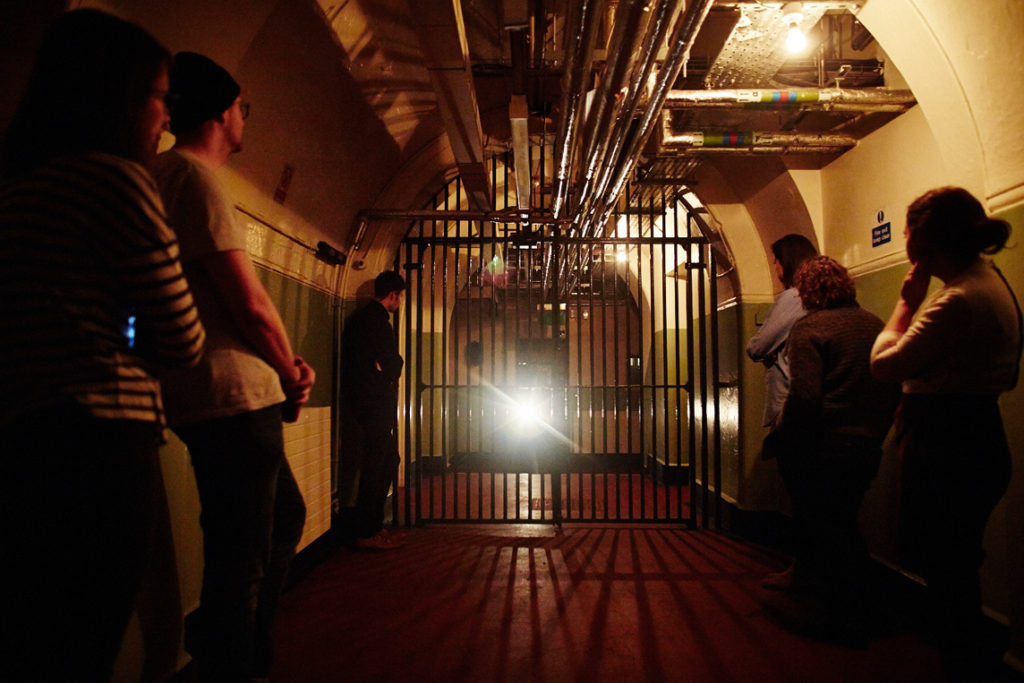 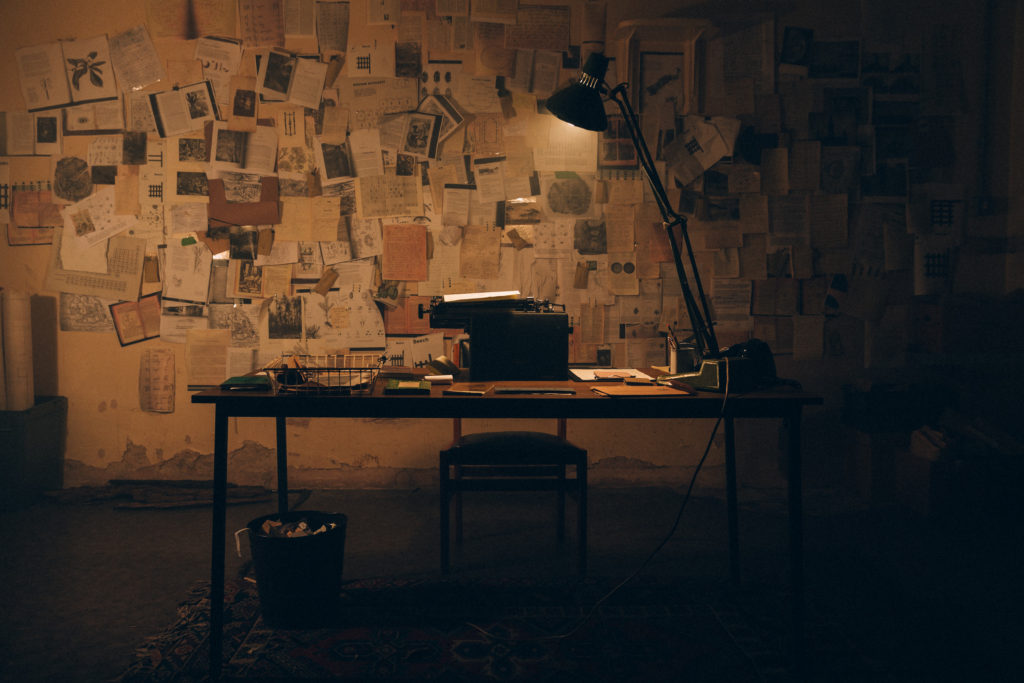 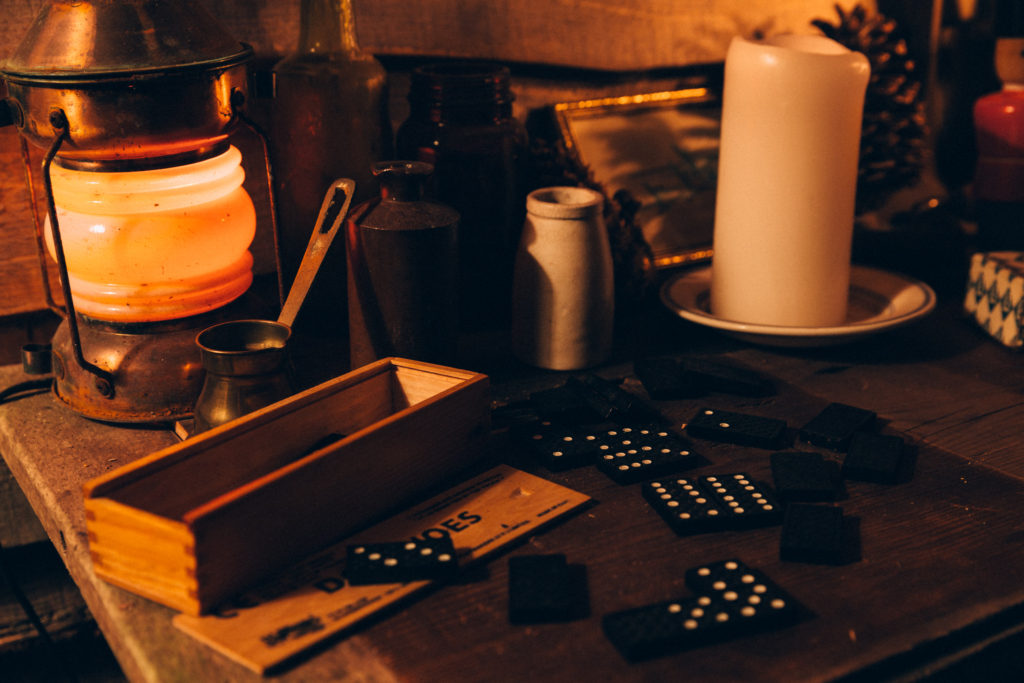 “Beneath the wood, between the trees, lies a world left undiscovered until now, and you are invited to adventure through its paths.”

You squint and try to make out shapes, examine each inch of the area, each dark corner. Your guide still there, the storyteller, the character in the play showing you where to look as you tread cautiously through this journey and discover what’s beneath the world. This immersive performance not only captures you visually but even more so through touch, sound, the attention to detail and storytelling.”

On a cold winter’s night, a group of strangers meet on the steps of the town hall. They wait, expectant but nervous of the journey to come. The smell of fallen leaves lingers in the air and the faint sounds of music drift down the steps, calling people onto something new. Jack, a ‘forgotten’ usher from Leeds Town Halls greets them with a smile and a twinkle in his eye. He tells tales of two other mysterious characters who have disappeared, having lost themselves in a deep dark wood that grows here, beneath their feet, in the depths of the Town Hall. As Jack leads the group down the dimly lit corridors the air changes, the smell of overgrowth becomes thicker and the call to discover grows stronger. There Jack leaves them and so the journey into the woods to find our lost players begins. 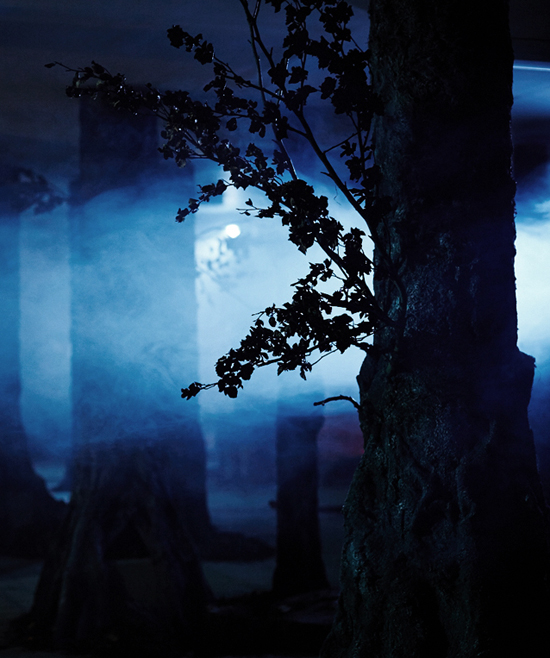 A door creaks open. With torches in hand the brave adventurers’ step into the unknown, where darken corners hold secrets and a chance meeting with a mysterious person can lead them on a solo journey beyond their comfort zone. Free to explore, the visitors find their way through the woods, but time runs differently here and before too long they find themselves in a bar – the source of the earlier music! They raise a festive drink to the woods, to new experiences and to journeys that are yet to be had.

Out of the woods

The Lord Whitney team fully immersed themselves in this 5-month long project to passionately deliver an unforgettable experience to Leeds audiences, culminating in a sold out run of over 100 shows and 3 pop-up dining events. These shows took place in the 5 week run up to Christmas, and were experienced by around 4000 people.